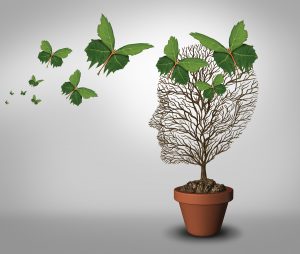 Depression is commonly associated with feelings of hopelessness, sadness and a lack of motivation or concentration.

Dr. Maurizio Fava, a psychiatrist at Massachusetts General Hospital and a professor at Harvard Medical School, released research on symptoms of anger and irritability also being linked with depression. He believes anger attacks, which are defined as, “…sudden intense spells of anger that resemble panic attacks but lack the predominant affects of fear and anxiety associated with panic attacks,” were prevalent in approximately 30% to 40% of patients with depression in the study.

In another recent study, more than half of 500 people diagnosed with major depression showed “overt irritability/anger.”

General anxiety disorder is defined by the Anxiety and Depression Association of America as persistent and excessive worry about a number of different things.

In a recent study published in the journal Cognitive Behaviour Therapy, researchers from Concordia University discovered anger can exacerbate symptoms of generalized anxiety disorder (GAD). In the 131 participants who exhibited GAD symptoms, higher levels of anger and its various dimensions were associated with worry and anxiety.

One possible explanation the researchers provide is, “when a situation is ambiguous, such that the outcome could be good or bad, anxious individuals tend to assume the worst. That often results in heightened anxiety.”

Learn more by visiting the article published by NPR.