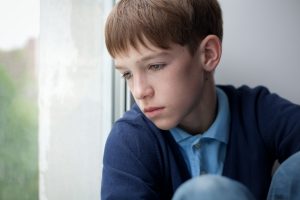 Researchers used public US CDC administered data from approximately 30,000 visits to 300 emergency rooms. They tracked the diagnosis of suicidal ideation or suicide attempts for children 5 to 18 from 2007 to 2015.

Reasons for the increase in depression and suicidal behaviors:

1) Stress and pressure on kids

Dr. Gene Beresin, executive director of The Clay Center for Young Healthy Minds at Massachusetts General Hospital and professor of psychiatry at Harvard Medical School says one reason might be more stress and pressure on kids.

“Kids are feeling more pressure to achieve, more pressure in school, and are more worried about making a living than in previous years,” he said.

2) Increased stress on parents and caregivers

The CDC reports that approximately 15% of US high school students report that they’ve been bullied online in the past year. Another survey conducted by the Pew Research Center found the number might be closer to 59%. 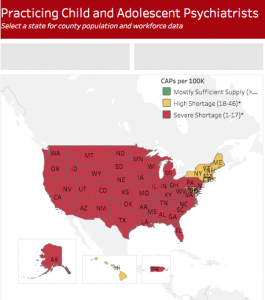 JAMA Pediatrics published a recent study that found half of kids in the United States with mental health conditions like depression and anxiety go untreated.

You can read the report by clicking the link below:

Suicidal Attempts and Ideation Among Children and Adolescents in US Emergency Departments, 2007-2015

Generation Z and Anxiety TEDx Talk – Neuroscience of Device Zombies Secondary Traumatic Stress for Educators: Understanding and Mitigating the Effects How Childhood Trauma Could Be Mistaken for ADHD Screen Time Linked with Depression